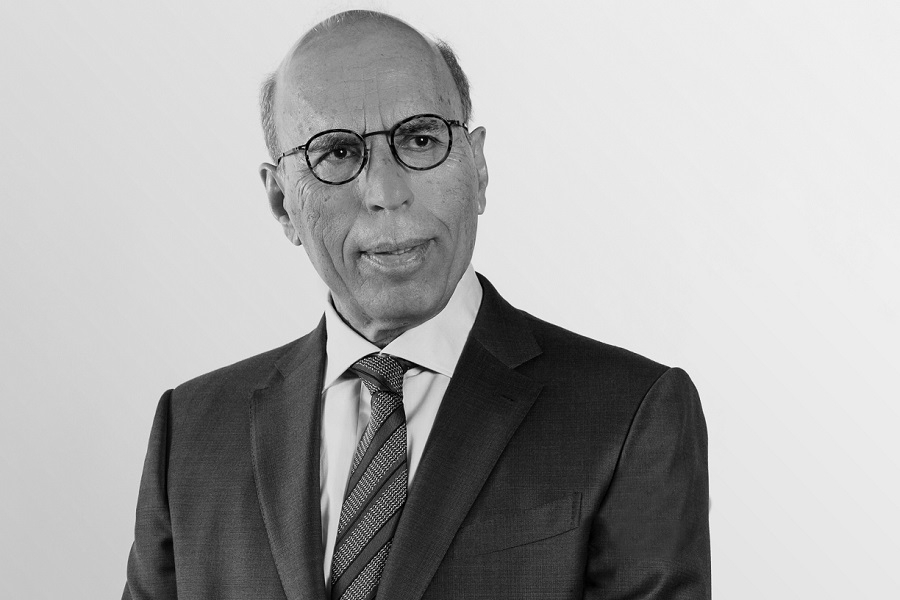 
If there is one thing that can be said with absolute certainty about Limassol, it is that the city has and continues to grow and develop at an incredible pace. Limassol has gone from a small seaside village to being compared to some of the world’s most renowned metropolitan areas in just a few decades. Comparisons have been drawn between Limassol and cities like New York and Las Vegas and visitors to the city can easily see why. The Limassol skyline is littered with recently erected skyscrapers along with countless beautiful, ultramodern residential and commercial properties. The question on many people’s minds, especially those with some idea of the Mediterranean island’s long history, is how a small coastal town managed to become the modern hub of business, leisure, tourism and culture we know today. The answer is that two real estate developers with the vision and the resources to build a modern city have more or less been in competition with one another looking to see who can build the biggest, most modern and most lavish buildings. Pafilia and Cybarco are two of the largest developers in the country and they are responsible for the construction of the tallest and second tallest building in Cyprus, The One Limassol and Trilogy. Both projects stand tall along the Limassol coastline, visible from kilometres away as a symbol of the ingenuity and prosperity that characterise Limassol.

Pafilia Developers is one of the leaders in Cyprus Real Estate, especially luxury Cyprus property. Pafilia is a family owned company with over 40 years of history behind them. They are the largest privately owned Cyprus developer for residential real estate. Their goal, as stated on their site is to develop world-class properties for personal living and investment and on that front, they have been very successful. Pafilia has had a hand in much of the Limassol and Cyprus as a whole’s development over the past few decades with the construction of many of the island’s most well-known luxury properties having been made possible by the vision and financial investment of Pafilia. NEO and Minthis are two of the real estate developer’s most well-known projects but neither has had the same profound effect on the Limassol skyline as ONE Limassol Tower, the tallest building in Cyprus.

Pafilia, with their extensive knowledge of the city combined with a vivid dream of what Limassol could be set out create to create ONE. ONE Limassol is a uniquely opulent collection of residences located at an exclusive address. ONE Limassol represents Pafilia’s vision for Limassol as the heart of business culture and pleasure in Cyprus. Pafilia worked with world renowned partners on the ONE Tower project, many of whose names are linked to such famous projects as Burj Al Arab, and it can be seen in the expert execution of every aspect of the project. Through a combination of ambition, world class partners and a desire to change how people think of luxury in Cyprus, Pafilia succeeded in changing the image of an entire city. Whether one looks at Limassol from a few kilometres away on land or a few kilometres out to the sea, the city has been irrevocably changed thanks to the efforts of developers like Pafilia. The ONE Tower is just a singular example of their work and one can be sure that Pafilia will continue to reach higher and higher as the years go by.

Founded in 1977, Pafilia is owner-managed by Mr. Elias Eliades, who previously served as both the Minister of Defence and Minister of Interior for Cyprus

Limassol has not changed so much in such a short space of time due to the work of only one real estate developer, however. Cybarco Development, another world class developer, has also had a hand in making Limassol what it is today. Cybarco is a part of the Lanitis group and the real estate firm prides itself on its very long history. Since 1945, Cybarco has been active in Cyprus and without their efforts, the Cyprus we know today would most likely not exist. Cybarco is responsible for the creation of a number of luxury properties in Cyprus including the Aphrodite Hills Golf Resort, Sea Gallery Villas and Limassol Marina which is the first residential marina project in Cyprus. Their crowning achievement, however, is Trilogy Limassol Seafront.

Trilogy, as the name implies, is a set of three towers by the Limassol seafront build around an inner plaza in the heart of one of the wealthiest districts in the city. Trilogy has the distinction of being the largest mixed use sky rise development in the Mediterranean region, a fact which has done a lot to change the image of Limassol. Cybarco set out to create a place that is both a destination and an experience. A location where people can experience the very best that life has to offer all within the heart of Limassol. Through the efforts of a team made up of some of the best architects, designers and developers in the world, Trilogy came to be and it is, as Cybarco says, an integral part of the city of Limassol’s perpetual growth and development.

Cybarco has been one of the most important entities in Cyprus real estate for decades and Limassol is perhaps the one place in all of Cyprus that has seen a great deal of change thanks to Cybarco’s efforts. While it is true that they did not do it alone, one cannot deny Cybarco’s role in making Limassol what it is today, a place for the wealthy to invest and for the playful to play.

Cybarco Development's CEO, Michalis Hadjipanayiotou, has been elected as the new Chairman of the Cyprus Land & Building Developers Association in 2019

Pafilia and Cybarco may be the most famous developers in Limassol and their efforts may have had a profound effect on the city but there is a third real estate developer whose contributions to Limassol warrant a mention. Aristo Developers is a luxury real estate developer that specializes in the creation of quality living experiences. They have won a number of awards thanks to the incredibly high quality of their finished projects and, over the past 40 years, Aristo has had a hand in the construction of dozens of properties all over the island including one world famous leisure facility located just outside Limassol.

Some of their most notable projects include Hillcrest Residences, a collection ofmodern villas in one of Limassol’s most affluent neighbourhoods, Bellair Residences, a residential development in Limassol and Status Villas, a residential development located in one of the most exclusive parts of Limassol. All three are priced at over half a million euros and are just a few of the many Limassol projects by Aristo Developers. Their most notable project, however, is Eagle Pine Golf Resort. A world class golfing destination, the resort draws thousands of visitors every year. The resort was designed by a dynamic team of experts and it is designed to offer visitors a sense of mystery and excitement while also providing an escape from everyday life. The golfing resort is located northwest of Limassol and offers a unique, five star golfing experience to anyone lucky enough to find themselves in Limassol. The golf resort features an 18 hole course, a boutique spa hotel with sea views and a large residential area made up of over a thousand luxury villas and town houses.

Aristo Developers may not have any tall towers visible from many kilometres away but they have been responsible for a large portion of Limassol’s growth and development over the years. The golf resort offers an unparalleled luxury golfing experience which just adds another reason to the long list of reasons why Limassol is fast becoming a world class city in the eyes of many. Aristo Developers is also responsible for many of the luxury properties one can find in Limassol’s wealthiest suburbs and this certainly places them on at least equal footing with the two most famous developers in Limassol. When looking at upmarket real estate in the city, the name Aristo comes up very often and one can be sure that each and every one of the developers’ properties meets the very highest standards.

Limassol is the second largest city in Cyprus. Located on the southern edge of the island, Limassol has a rich history and vibrant culture. The city has seen a great deal of change over the past few decades and has become a kind of mecca for those looking to invest in Cyprus property or simply do business on the island. Pafilia, Cybarco and Aristo have done a great deal to turn the city into what it is today and through their efforts Limassol will continue to grow into the world class city envisioned by the top real estate developers on the island. 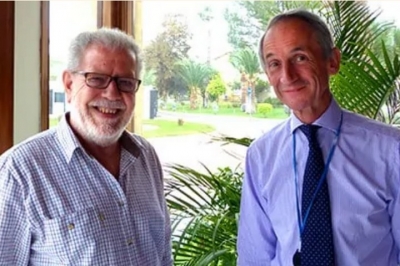 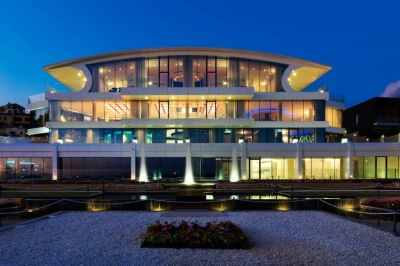 The most expensive house for sale in Cyprus 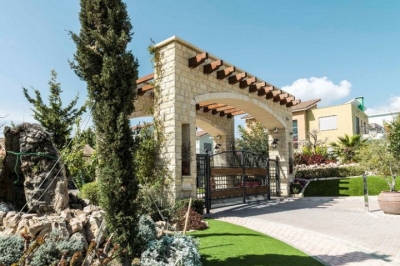 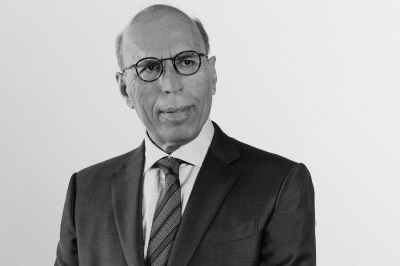 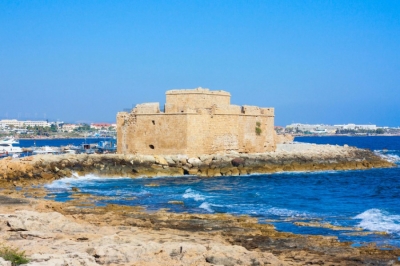 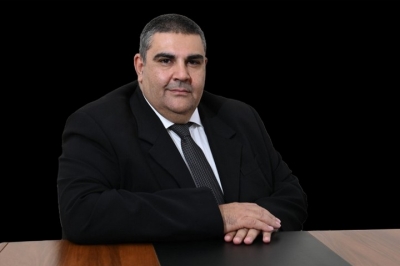 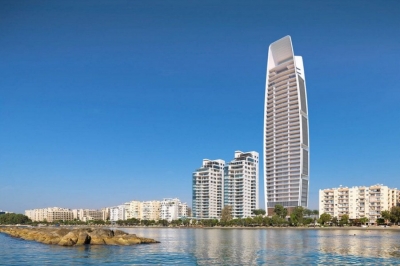 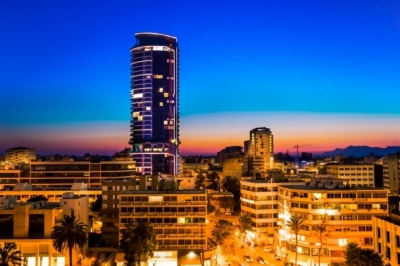 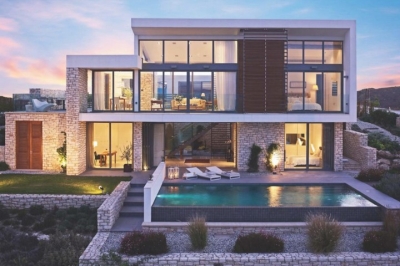 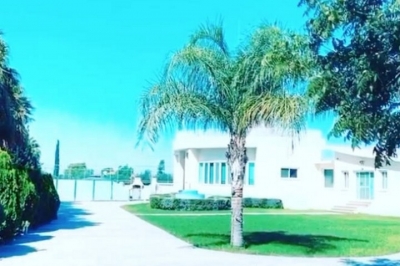 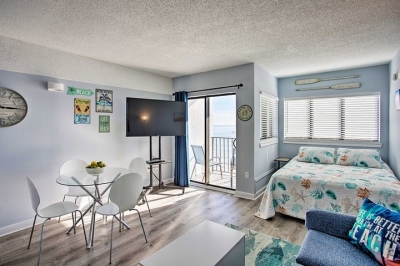 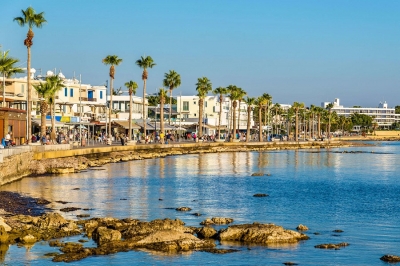 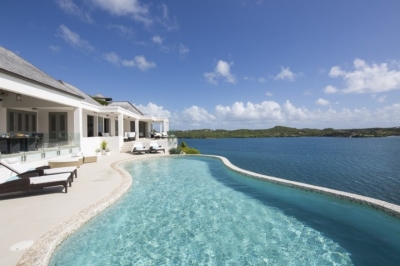 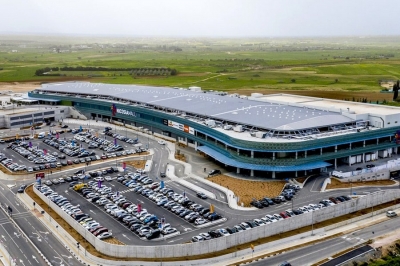 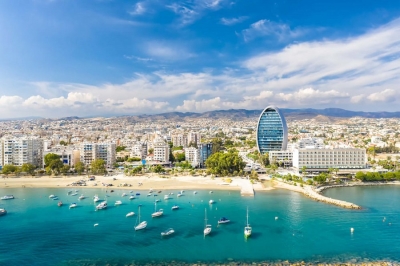