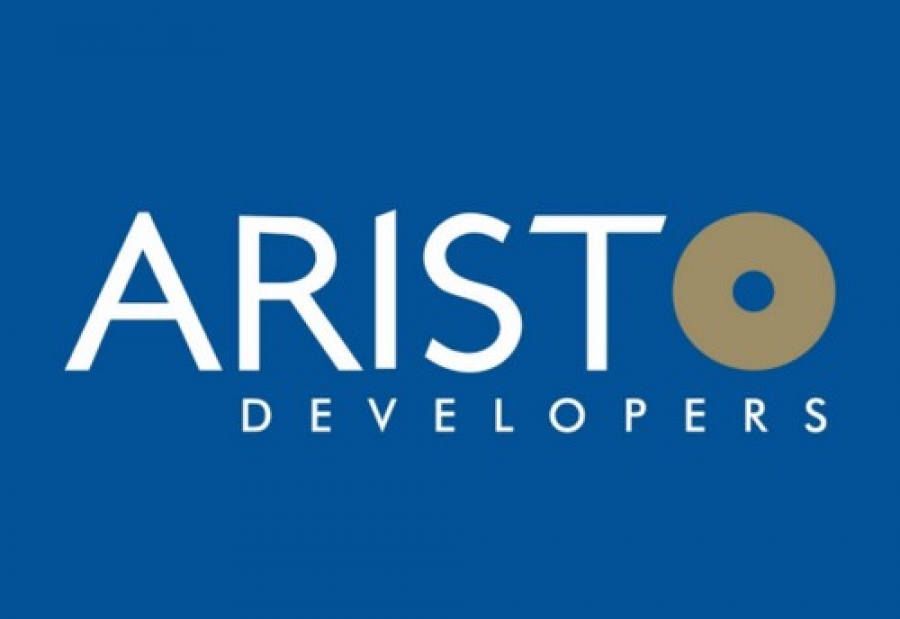 Aristo Developers is a leading property developer in Cyprus, with an active portfolio since 1983. Since its inception, the company has received a plethora of international awards in recognition of its quality, service, and commitment to its clients.

Aristo Developers' long history – spanning over four decades – broad client base, the solid track record for assured delivery dates and title documents, and outstanding property portfolio have cemented the company's position as the market leader in Cyprus. Ιt is without a doubt remarkable that in 2000, Aristo Developers became the first Cypriot Company in the Property Development Sector to receive the ISO 9001 Certificate for quality. In the same year, the company acquires a more extroverted character by expanding its activities to Greece. Aristo Developers Hellas was the Greek subsidiary of Aristo Developers incorporated, focusing on property developments in Greece.

As the largest landowner in the country, Aristo Developers maintains the widest range of functional and elegantly designed properties in Cyprus, along with over 400 exclusive partners around the globe. Over the last three decades, Aristo Developers has contributed immensely to the development sector of Cyprus, with over 265 projects and more than 14,000 satisfied homeowners, and has distributed more than 1500 title deeds to its clients over the last two years.

As Theodoros Aristodemou, the Founder, Chairman & CEO of Aristo Developers Group of Companies underlined: “At Aristo Developers we create lifetime experiences by developing a quality living because we care for our clients, our associates, our people, and our community.”

Aristo Developers offers the prospective buyer an exclusive variety of properties to choose from across the island including apartments, townhouses, golf villas, luxury homes, beachfront estates, and plots. Their freehold properties are supported by their excellent after-sales service, property management, and easy payment arrangements.

As an internationally-acclaimed and award-winning developer, Aristo certainly lives up to its reputation as the ideal property developer and investment partner on the island. Aristo Developers has successfully built and delivered thousands of residential houses to happy residents throughout Cyprus. The company's reliable clients can be found on all seven continents. With 7 global offices and 6 offices in Cyprus, Aristo Developers constantly aims to expand its global footprint and network. More specifically in relation to the company's international presence, the company has offices in Cairo (Egypt), Dubai (UAE), Moscow (Russia), Beijing (China), Guangzhou (China), Shanghai (China), and HCMC (Vietnam).

As the first property developer to construct golf resorts, educational institutions, shopping malls, and waterparks, Aristo is committed to leading the future of the real estate market in Cyprus. For over 40 years, Aristo Developers has established itself as one of Cyprus’ top property developers. The company currently has more than 500 properties for sale in Cyprus. The majority of these are in Paphos and Limassol while some plots are for sale in Nicosia.

Some of the most remarkable projects of the company are the "International School of Paphos" (1987) which was located in the centre of the city of Paphos, the "Tsada Golf Course" (1994) which was the first Golf Course in Cyprus and it was enhancing Cyprus’ Tourism Product, the "Secret Valley Golf Club" (1996) which is in Ha-Potami/Kouklia, the "Aristo Centre" (1999) which is the new headquarters of the company in the heart of the City of Paphos. All these projects were just the beginning of the huge and glorious path of the company. These projects clearly showed what the company is capable of arriving in the future.

And that's exactly how it happened. At the dawn of the new millennium, Paphos’ First Waterpark was constructed, owned and opened by Aristo Developers (2000). "Aphrodite Waterpark" is the biggest waterpark in Paphos, a one-of-a-kind naturally landscaped aqua adventure centre. Situated in Kato Paphos on the coastal road easily accessible by car or the local bus which drops off right on our doorstep. In the same year which was a milestone year for the company, Aristo Developers became a public company and had its shares listed on the Cyprus Stock Exchange with great success. Managerial foresight, technical expertise and all-around professionalism were the driving forces which led Aristo Developers to become one of the most dynamic, innovative and trustworthy developing companies in Cyprus.

In 2001, Aristo Developers created the "Venus Rock Golf Resort", 2006 the new "International School of Paphos", in 2013 the "Kings Avenue Mall". The opening of the "Kings Avenue Mall" in Paphos marked the launch of a new shopping experience in Paphos. The contemporary, state-of-the-art shopping mall, developed and co-owned by Aristo Developers, is one of Cyprus's most significant developments, and it has become a landmark for Paphos.

It would be an omission not to mention that Aristo Developers won the "Cyprus Export Award 2005". Awarded to Aristo Developers for outstanding service and contribution to the Development Sector of Cyprus. The award was conferred on the Company by the President of the Republic of Cyprus, H.E. Mr Tassos Papadopoulos. In 2014 Aristo Developers launches its “Embracing Cultures” campaign aimed at highlighting the importance of Cyprus’ diverse cultural communities which have contributed significantly to the economy of the island. Also, Aristo Developers got the "Certificate of Excellence 2015" for the Secret Valley Golf Club. The achievement is a direct result of the Secret Valley Golf Club’s consistency and excellent reviews from TripAdvisor travellers. The "Best Real Estate Developer 2016" award was given to Aristo Developers in appreciation of the company's considerable contribution to the international property and finance industry.

Two years later Aristo Developers received an international award from COPE (China Overseas Property Exhibition) at the 6th Overseas Property, Immigration, Study Abroad, Tourism and International Financial Management Exhibition held in Guangzhou, China. The Company is acknowledged as the “Best Real Estate Developer in Cyprus”. The same year, Aristo Developers received the award for "Developer of the Year 2017" from the Cyprus China Economic and Cultural Promotion Association. This prestigious award was given to Aristo Developers in recognition of quality, tradition and service in property development and construction. The award was presented to Mr Aristodemou by His Excellency Ambassador Huang Xingyuan of the Embassy of the People’s Republic of China in the Republic of Cyprus.

A famous founder of Aristo Developers

Aristo Developers was founded by Theodoros Aristodemou, one of the most famous people in Paphos.

Mr Aristodemou, also known as Aristo, was born in 1951 in the village of Statos. He attended the University of Athens School of Economics and received his qualification in 1975. Since then, Mr Aristodemou has held key positions in numerous businesses and organizations. For example, he was a member of numerous Boards of Directors for a string of successful companies on the island.