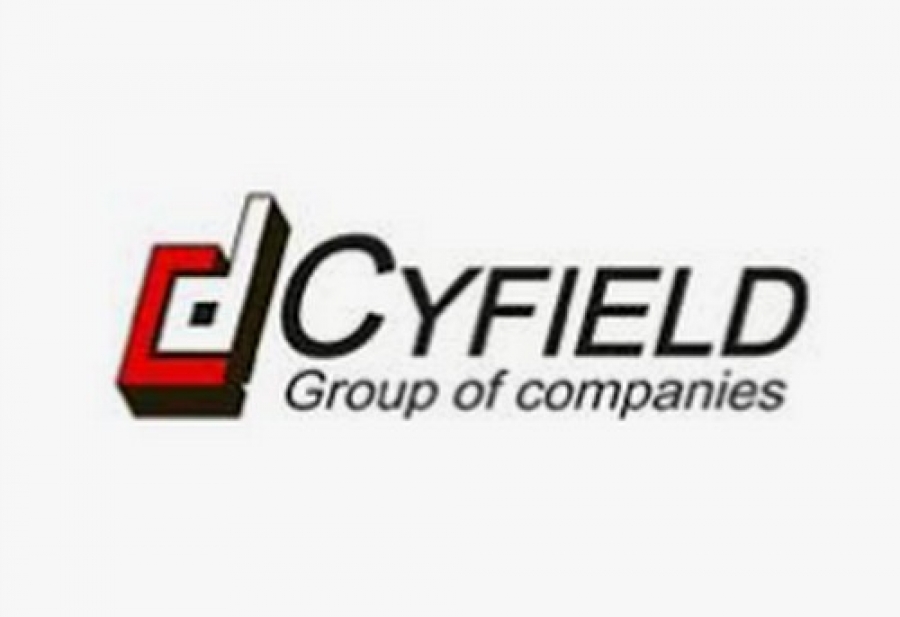 Cyfield Development is a leading property developer in Cyprus. The company gradually grew and evolved by building selective residential and commercial projects. Over the years, Cyfield Development has grown into an integrated group that ranks as a key player in the construction industry.

The Cyfield Group operates not only in Cyprus but also in Greece, and Egypt. It is one of the largest contractors in Cyprus and the number one development company in Cyprus to Cypriot customers which says a lot about the trust that people show in the company.

The most famous project developed by Cyfield is 360 Nicosia, the tallest building in Nicosia at 135 meters in height. Τhe building consists of 34 floors and a 3-floor basement. It has 120 appartments, 235 parking spaces, 3 shops and a cafe-restaurant on the ground floor, 3 mechanical floors, one floor with gym, swimming pool, residents club, spa and a club/restaurant on the top 2 floors. The elliptical shape of the building allows for panoramic views while minimising the impact of the neighbouring buildings during the day. The appartments benefit from sunlight, fresh air and the 360-degrees view of the city.

It is no coincidence that 360 Nicosia is a jewel for Nicosia and for Cyprus as a whole. It is a high-rise luxury apartment building, full service, in the center of town. Ιt is remarkable that the 360 Nicosia was developed to the standards of other similar buildings which are based in places like New York, London, Chicago, Hong-Kong and other developed places in the world.

The 360 Nicosia was a vision beyond a decade as revealed by the Owner and General Manager of the company Despina Chrysochou, a vision which when the right opportunities presented themselves was finally materialized. This shows exactly the long-term strategy of the company as well as the commitment to its goals. It is noteworthy that 360 Nicosia, concerns a wide range of buyers. In particular, one-third concerns Cypriot buyers, the second-third concerns foreign residents in Cyprus, while the last-third concerns foreign investors who rent them for monthly rent collection.

Here in the capital of Cyprus, Cyfield has developed another great project: Central Park Residences, a high-rise building that was the tallest in Cyprus from 2018 to 2020. Thanks to its amazing work, Scala is happy to name Cyfield Development the number one developer in Nicosia.

But Nicosia is not the only important location where this company has developed great projects. In Mackenzie, one of the most prestigious areas of Larnaca, Cyfield Development is also considered the number one player in the real estate market thanks to its projects Atlantis and Althea: the tallest buildings overlooking the famous Mackenzie Beach.

Cyfield Development is a family business. By combining family values with the standards of a sophisticated enterprise, the company has developed a distinct corporate culture that gives them a unique competitive edge. Cyfield employs approximately 600 personnel, out of whom, 60 have a technical background in engineering, architecture, and science. Despite the fact that Cyfield is a major organization, the company takes a personal interest in each employee and provides opportunities for progress.

Cyfield's portfolio covers the acquisition of land and the design, construction, marketing, and sale of a complete range of residential and commercial properties. The company focuses on meeting the local and international demand for housing by providing a range of properties from small homes to villas, and from comfortable apartment buildings to luxury high-rise buildings. They ensure functional and contemporary design, fast-paced construction, and the transfer of title deeds.

"Cyfield’s goal is to deliver projects that benefit the communities we live in, individuals, corporations of all industries, and lead the way forward for society as a whole".

Founded by one of the best business leaders

Cyfield Development was founded in 1990 by Kyriakos Chrysochos, a Civil Engineer born in Lefkara. After graduating from the Higher Technological Institute, he studied at the City University of New York, where he acquired his bachelor’s and master’s degrees in Civil engineering. He joined the Chi Epsilon Honorary Society of Civil Engineers for his exceptional academic achievements. The strategies he applied have determined the company’s success: the design of innovative buildings, a customer-centric approach, the detailed analysis of business risks, the vertical integration of the company’s supply chain, and prudent and diversified financial management.

In 2017, the United Kingdom's Institute of Directors recognized Kyriakos Chrysochos as one of the best business leaders. The Institute of Directors (IoD) is a British professional organization for company directors, senior business leaders, and entrepreneurs. In addition, Mr. Chrysochos won the Business Leader Award for property construction and land development at the 5th KEBE Business Leader Awards in 2018.

"Our mission is to create projects that benefit individuals and corporations and define the way forward while establishing a lasting positive impact on our community." (Kyriakos Chrysochos, founder of Cyfield Development).

Above the development: future plans

It is important to mention that the Cyfield Group is also engaged in 2 other sectors. Apart from the Development sector, the Group is also active in the Construction and the Energy sectors. In  construction sector, Cyfield undertakes infrastructure projects, building projects, and also manufacture and trading. On the other hand, in the Energy sector, the Group provides services for power-producing facilities, such as photovoltaic power plants, which provide high-efficiency solar power while reducing CO2 emissions significantly. That makes it clear that this big name in Cyprus is focusing on energy efficient buildings.

The construction works for one of the largest infrastructure projects on the island that have been erected in recent years and concern the construction and operation of the first private power generation plant Power Energy Cyprus (PEC) continue at an intensive pace. As stated by George Chrysochos, the CEO of Cyfield, the production will reach one third of the electricity demand in Cyprus based on current needs. The station has reached an important milestone with the order of gas turbines and it is expected to be fully operational in early 2023. The cost of the investment reaches €200 million and the financing of the first private electricity generation plant is expected to come from the same funds of the Cyfield Group as well as from lending by Cypriot banks.